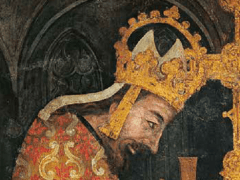 King of the Czech lands, Roman Emperor and a truly cosmopolitan man, Charles IV connects countries and cultures again thanks to the jubilee exhibition “Emperor Charles IV 1316–2016”. Dedicated to the 700th anniversary of Charles’s birthday, the exhibition results from the research and cooperation of the Czech National Gallery with leading local and international historical and cultural institutions. The Pudil Family Foundation supported the National Gallery in the role of main partner. 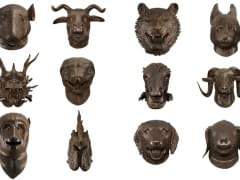 The Pudil Family Foundation supported the exhibition of renown contemporary artist Ai Weiwei organised by the National Gallery in Prague. The exhibition is open daily except Mondays from 10 am to 6 pm until August 31st 2016 at the Trade Fair Palace, Dukelských hrdinů 47, Prague 7. 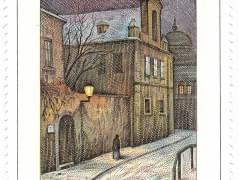 Do you like Schikaneder's "Street in Winter" on this stamp? Find out more!

Presenting artworks on postage stamps is an original and honorable undertaking of Czech Post. Creating a stamp like this one, however, involves an elaborate process and a lot of effort. Here is the story of our stamp. To start with, a team of specialists had to short-list a selection of artworks of highest quality and art historical significance. The next important step was actually choosing an appropriate painting. It was the captivating atmosphere of Jakub Schikaneder’s “Street in Winter” that intrigued and fascinated the leadership of the Postal Museum in Prague ... 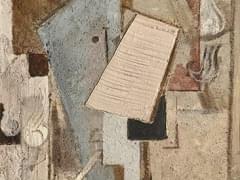 In support of the Foundation’s commitment to open a new modern art museum in the center of Prague, we are looking to add to our international team of professionals a full-time Curator of Modern and Contemporary Art. The Curator’s main responsibilities will be ... 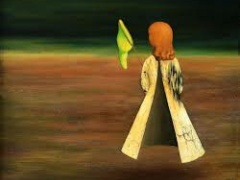 Exhibition: "Toyen - I Can See Because It is Night"

Marie Čermínová, better known under the pseudonym Toyen, was one of the most engaged artists of the beginning of the 20th century. She managed to earn considerable recognition in the primarily male-dominated art world of the day. In this context, taking a glimpse into Toyen’s attitude to femininity is even more interesting, and became the goal of the exhibition „Toyen – I Can See Because It Is Night“ that was also supported by The Pudil Family Foundation. 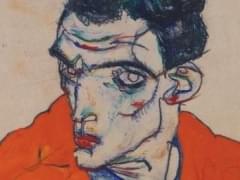 This exhibition connects the most influential Czech abstract artist and spiritualist, František Kupka, to other resonating modernists, such as Egon Schiele, Joseph Beuys or Friedensreich Hundetwasser, all accompanied by their „barefooted prophets“. The Pudil Family Foundation appreciates this original curatorial approach, therefore it decided to support the „Artists and prophets“. 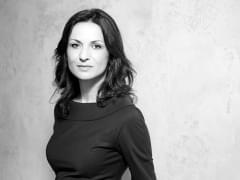 The CEO of Kunsthalle Praha is Ivana Goossen

The CEO Kunsthalle Praha is Ivana Goossen Prague, 15. 9. 2015 Following a non-public selection process, The Pudil Family Foundation’s Board of Directors nominated Ms. Ivana Goossen as the CEO of t…